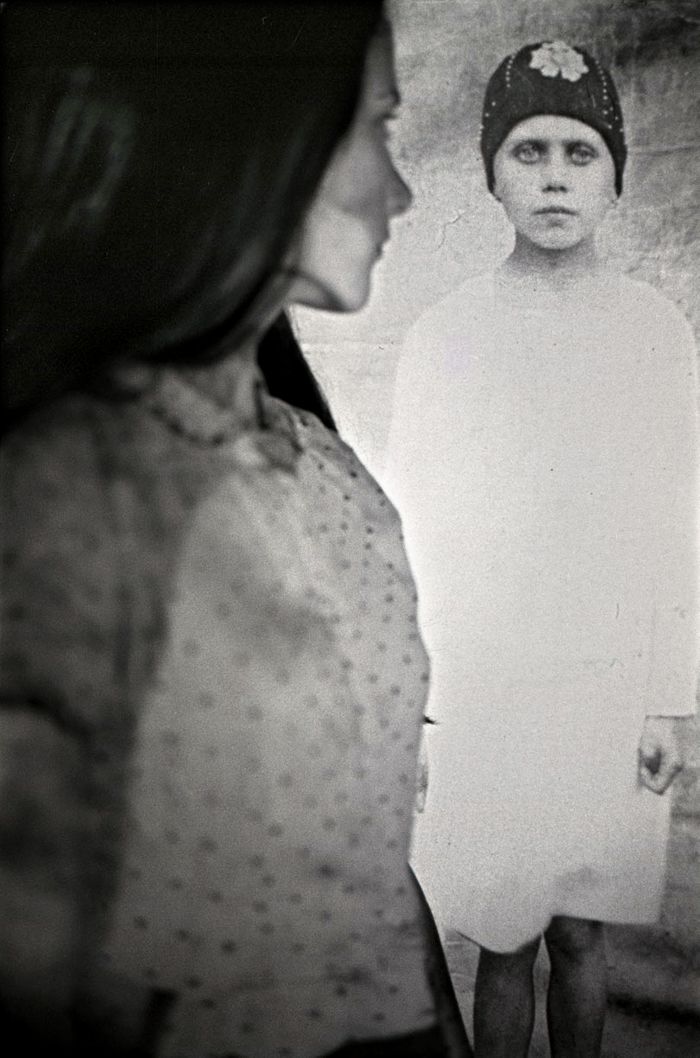 Julie Edelson-Safford was born Yulya Evgenyevna Edelson in communist Russia. Encouraged to emigrate under Brezhnev's anti-Semitic regime, her family left their home city of St. Petersburg and moved to Coney Island, Brooklyn, at the peak of the Cold War. Those early 1980s were particularly awkward years for being Russian in America. For Edelson-Safford, just being Russian presented its own unique challenges because she was very young when they left and had no memories of it. The nearby Russian community of Brighton Beach became a vital source of access to the culture. Since she could not recall the cities, countrysides, or relatives left behind, she knew them only as they were memorialized in the family's collection of photographs, looking back with severe expressions and piercing eyes.

Inspired by a friend in high school to try out photography, Edelson-Safford connected to the medium right away, and to street work specifically. She engaged in photography as her focus in Brooklyn College and went on to leave Coney Island in 2000 to pursue an MFA in the discipline from SUNY New Paltz. She began teaching photography to undergraduate students there as well as at SUNY Ulster and privately. After completing her MFA and projects on Brighton Beach and Coney Island, she travelled to Russia, three times over the course of the last decade, and photographed the streets of Moscow and St. Petersburg, and most recently, Novgorod.

In Edelson-Safford's images, the street is the main character and the stage, an ever accessible theatre of comedy and tragedy, always in flux and without curtain. Tending to gravitate toward Russian communities, she usually photographs people that fit archetypes inspired by her family's old pictures, exploring her own place within the population. In several images, her presence actually plays a major role and engages with the subject. She takes the perspective of both an insider and outsider giving a personal account of experiences of alienation, disconnection, connection, familiarity, family, nationality, and community.

After a brief hiatus taken to focus on her family life, Edelson-Safford continues her work, currently residing in the Hudson Valley in Upstate New York with her husband and three children.